Home Macedonia Kjulavkova: It turns out that Macedonia does not have its own national... 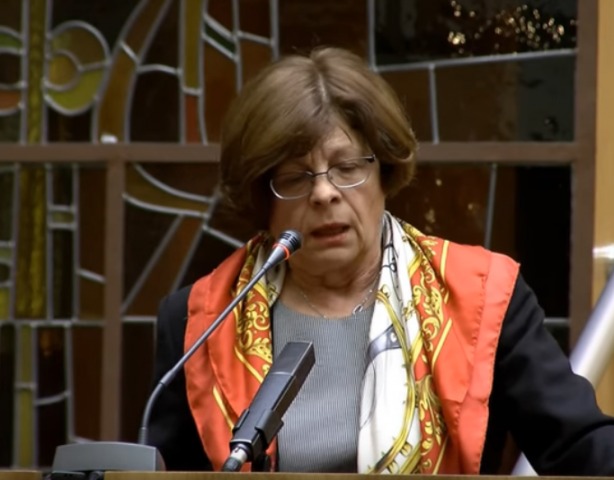 According to the behavior of the political leadership, it turns out that Macedonia does not have its own national interest, but sacrifices itself to protect the national interests of its neighbors and beyond, commented academic Katica Kjulavkova.

“He neither respects the referendum will of the majority of Macedonians, nor cares about the Macedonian minority in neighboring and other countries, nor condemns the genocide of Macedonians in Aegean Macedonia, nor apologizes for the 1941-1944 occupation, nor protects his ancient toponyms, nor his history, neither its sovereignty, nor its defenders, nor complained that Bulgaria extorts a statement of Bulgarian origin and identity of Macedonians seeking a Bulgarian passport, all in the name of some utopian European values!”, said Kjulavkova.

Her comment comes after the last political exhibition of Prime Minister Zoran Zaev that he would delete “Bulgarian” from “Bulgarian fascist occupier” in textbooks.

Candidate of “For our Kumanovo” initiative physically attacked by SDSM cadidate