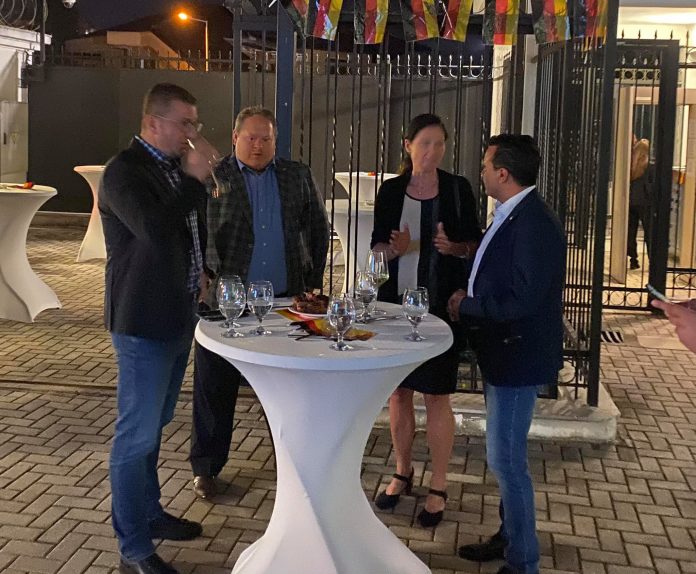 Prime Minister Zoran Zaev and the leader of VMRO-DPMNE Hristijan Mickoski were among the guests of the German Ambassador Anke Holstein who hosted a reception on the occasion of the parliamentary elections in Germany.

In a photo posted on the Facebook profile of Deutsche Welle, Zaev and Mickoski are in the company of Ambassador Holstein.

“The elections in Germany tonight were merged by the Prime Minister Zoran Zaev and the leader of the opposition VMRO-DPMNE Hristijan Mickoski. In the company of Ambassador Anke Holstein, the results of the election drama in Germany are being monitored with sausages and beer,” reads the the DW’s Facebook post.

Among the guests are Foreign Minister Bujar Osmani, EU Ambassador David Geer and other foreign ambassadors.