Home Macedonia 16 seconds of silence for 16 years of waiting at the EU... 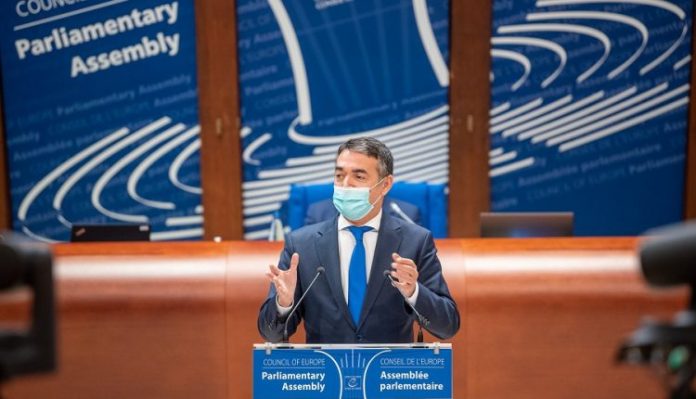 Dimitrov in Strasbourg: “The right to self-determination is inviolable – in a democracy, one’s country cannot tell them how they should feel, let alone another country or organization.”

With 16 seconds of silence for the 16 years spent as a candidate country for EU membership, Deputy PM for European Affairs Nikola Dimitrov began his address at the Autumn Session of the Parliamentary Assembly of the Council of Europe (PACE) on Thursday.

“No country can say or dictate who we are and what language we speak, because it is not goodneighborliness if you do this to your neighbor. Any solution should take into consideration the European spirit. These actions have derailed the process and we are not to blame for this,” noted Dimitrov.

He said the “dispute” with Sofia is not territorial but related to different interpretation of history, recalling on the symbolism of the European values that promote diversity, respect for one’s identity and language.

“What you describe as rising anger and hate speech is caused by you telling others who they are, what language they speak and their history. Displeasure is understandable in such circumstances and we condemn these incidents,” said Dimitrov.