Home Macedonia Mickoski: Many are disappointed with politics because the country has been going... 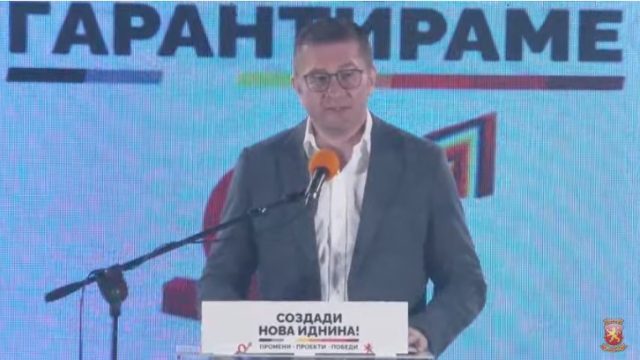 For 30 years this country has been going around in circles, in a closed circle. Generations have passed in anticipation of some change, some better tomorrow. And every hope, without exception, ended in disappointment. Each new spark ended in a new impasse. We have seen everything in the past thirty years, we were a generation that dreamed of an open Europe, of Rome, of Paris, of London, and what we got was new walls, new disappointments, said VMRO-DPMNE leader HristijanMickoskiat the rally in Bitola.

Mickoski added that the youth of his generation went through conflicts, turmoil, looted companies, people who lost their jobs. He remembers the days when families lost both jobs and overnight. At that time the days were filled with uncertainty, uncertainty in the future.

“My generation did not have youth, and they did not have childhood after us. Time spent with hope for the future, with disappointments, without a future. Patched-up life in installments, vouchers, life of insecurity, and for that is the understandable resistance to everything that is politics in the country. For what many have disappointed. But you have to look at the picture clearly and you will see that not everyone is the same,” said Mickoski.

The opposition leader pointed out that the time has come when the citizens should create a new future, and that future with new victories that must stand out.