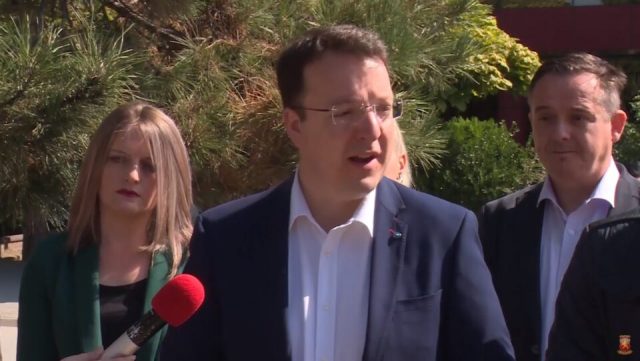 VMRO-DPMNE Vice President Aleksandar Nikoloski on Sunday, speaking about the scandal with the reconnaissance detachment, pointed out at whose camp alleged sexual education of minors whose parents reacted, said that Skopje Mayor PetreShilegov is financing projects that destroy the Macedonian family and that it is part from the agenda for the destruction of the Macedonian traditional values ​​and that is why they run away from responsibility.

“There will be responsibility and we will call PetreShilegov to account for saying why he gave money to scout associations that desecrate our children and destroy their lives.” “Why did he give money to violate family values, is their goal to destroy the traditional family in Macedonia and to destroy the children,” Nikoloski said.

He stressed that Shilegov does not have a relevant answer to this day and does not even ask for the money to be returned because he is also part of the agenda.

“To date, he has not given a relevant answer. If it really has nothing to do with the whole thing why not ask for the money back and answer to those who did it. He will not ask because it is part of an agenda to destroy the Macedonian family,” Nikoloski stressed.