Home Macedonia Mickoski: They are in power for five years, they spent 16 billion... 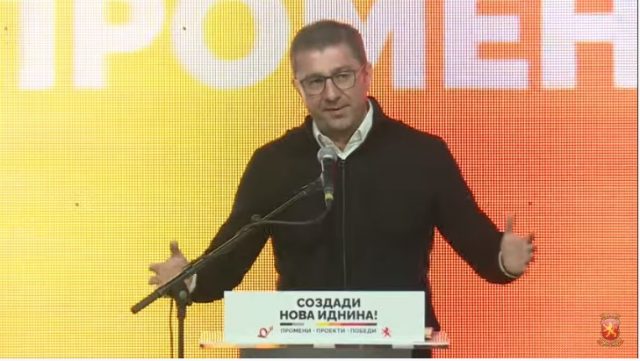 When SDSM and Zoran Zaev say that they are the best, it actually means that they are the worst for Macedonia, because they are in power for the fifth year and spent 16 billion euros, and did nothing, but indebted each family with 4,500 euros, said VMRO-DPMNE leader Hristijan Mickoski on Sunday night at a pre-election rally in Kumanovo.

“They did nothing for the people, but they did a lot for themselves. They stole what could be stolen, they sold what was left for sale. The Government of SDSM, from June 1, 2017 until September 30, 2021, spent exactly 52 months of public money 16 billion euros, it is the money of the people, it is the money of the citizens hard earned money. But what did they do with those 16 billion? Does anyone remember that they promised a new 500 km highway, and after 52 months they cannot finish the one that the previous government of VMRO-DPMNE started”, said Mickoski.