Home Macedonia Figeľ: Kamchev’s condition is life-threatening, he is a political prisoner 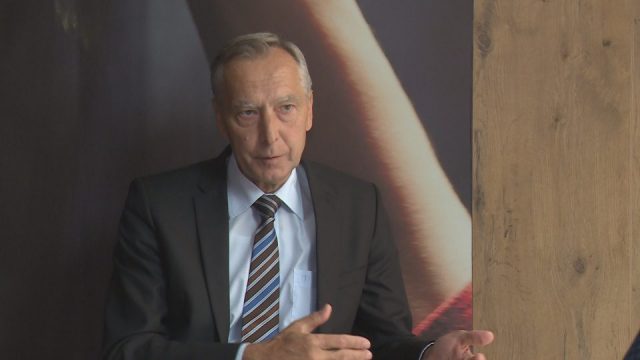 Former EU Commissioner JánFigeľwas in Skopje today, on his second visit related to the “Kamchev” case. In an interview with Alfa TV, he said that businessman OrceKamchev, who is in detention, has a report from cardiologists from Austria, Slovenia and Macedonia on the severity of his heart disease.

“I think he deserves better conditions because he could die in detention and that would be scandalous. His father died of a heart attack at a meeting. This man is sick, he needs better treatment. In the post-communist countries, I am from Slovakia, the former Czechoslovakia, there is a strong connection between the judiciary and politics, there is still a lack of separation of powers – legislative, executive and judicial. That means, it is possible that there are some influences, but here, I do not know the details, but I know that the evidence is based on a note from the secret service. That is not enough. In a normal, standard democracy, the secret services do not exist to intimidate people. And the evidence must be factual, tangible and concrete. Not fake or fabricated, ” Figel’ says.