Home Macedonia Katrougalos: Bulgaria is not alone in its position on Macedonia’s EU integration 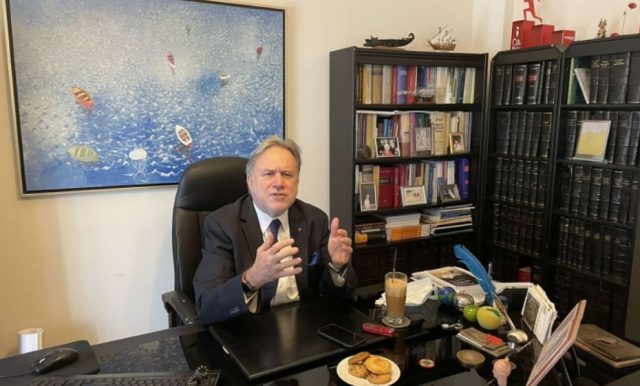 I’m not a major optimist. I can say that European public opinion supports your position and, in general, the EU perspective of the Western Balkans. You have allies in the EU, but there are also objections. Bulgaria is not alone, Greek opposition official GeorgiosKatrougalos said in an interview with MKD.mk.

You have allies in the EU, but there are also objections, Bulgaria is not alone. It can only be persuaded by the EU’s collective effort, he said. We are late with the implementation of the Prespa Agreement, Katrugalossays.

Regarding the Bulgarian blockade, he says he is not entirely sure that only one country is hindering Macedonia’s EU integration.

“We know one country because it is very vocal on this issue, but I can’t say that there are no other objections, there are,” the Greek official adds.