Home Macedonia Zaev: Everyone knows where we were four years ago and where we... 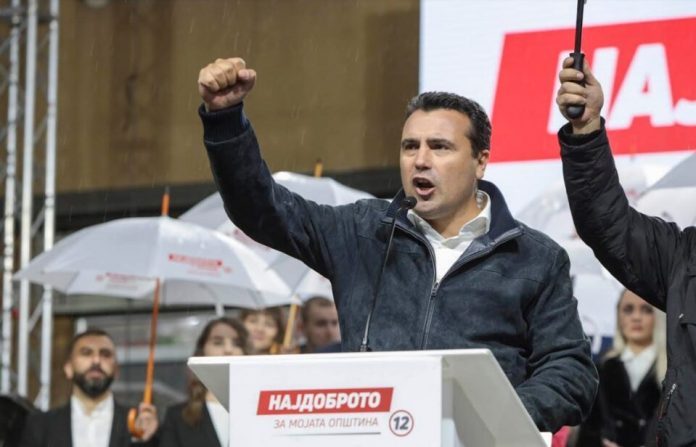 We have been developing the country internationally for four years, we are developing the municipalities domestically, we are improving the quality of life and the living standard is growing, we have set the municipalities, the state together in the right direction, we have finally moved forward, we are moving forward and there is no dilemma, said SDSM leader Zoran Zaev at Friday’s rally in Kochani.

“Everyone knows where we were four years ago and where we are now. In just four years, we have raised the minimum salary from 9,000 to 15,200 denars, with the intention of raising it to 18,000, which is a 100 percent increase in the minimum salary. We achieved an average salary of 28,744 denars, all salaries have been increased by at least 100 euros. As of January 1, 2022, the average salary will be 500 euros, and the minimum salary- 300 euros. We have increased the pensions by 2,000 denars on average in the past 4 years and starting 2022, every January 1 and July 1, the pensions will seriously increase. We increased the social assistance not by 3%, not by 30%, but by 300%, compensated the bankrupts and introduced a state social pension. We reduced youth unemployment from 42 percent, as we found it, to 29 percent. We reduced the total unemployment to 15.9 percent. We invested 500 million euros in local projects. This is how one loves their country. This is how municipalities and a state are built for all people,” said Zaev.

He called on citizens to give their support in the local elections for the continuation of success at the central and local levels.