Home World Pendarovski in an interview with Kathimerini: The EU moves in the opposite... 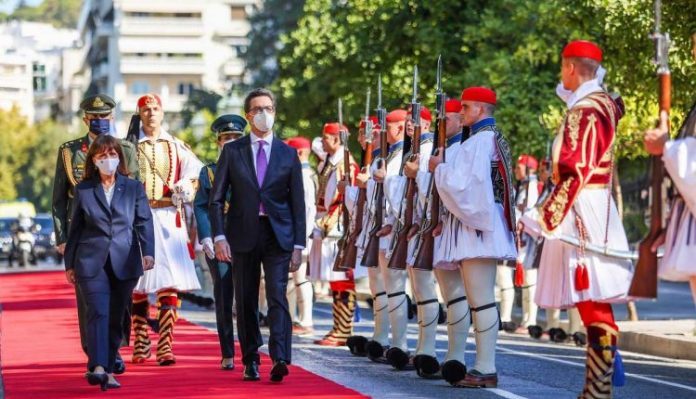 But as long as the country is not making progress toward the European Union, nationalist forces will keep gaining ground and people may start looking for an alternative to the EU, President Stevo Pendarovski told Greek newspaper Kathimerini in an interview published in its Sunday edition.

He also comments on the entire region’s progress toward the bloc, saying that Bosnia and Herzegovina has been forgotten and that Serbia and Montenegro are proving to be a litmus test for European integration – their negotiations dragging on for years as opposed to Croatia, which joined the EU only seven years after it started talks.

“Europeans rarely take a common stance on many things,” he tells the Greek daily. “Because of this discrepancy, over the past year the support for European integration in my country has decreased by some 20 percent, from 85 percent down to almost 65-67 percent,” said Pendarovski.