Home Macedonia It is a lie that Macedonians and Albanians hate each other –... 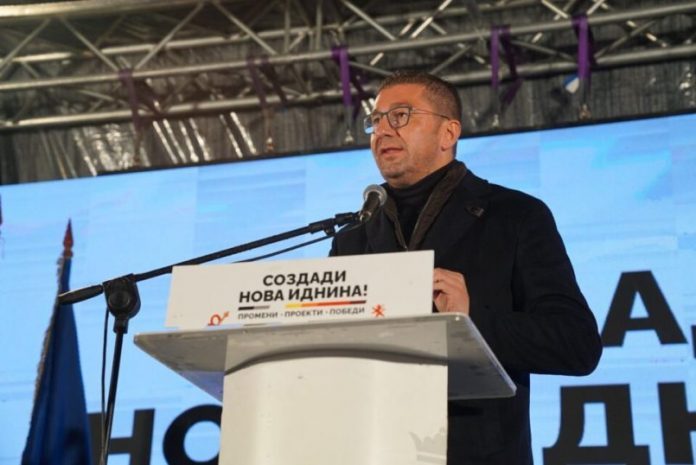 It is a lie that Macedonians and Albanians hated each other. Neither I nor anyone around me hates anyone. Ordinary Macedonians and Albanians, as well as Turks, Serbs and everyone else understood each other very well. The walls were erected by those politicians who saw business and personal interests in it. I am disgusted with such people too. We need to build common patriotism, modern, new, unifying, patriotism of the 21st century, said VMRO-DPMNE leader Hristijan Mickoski at the rally in Kichevo.

Mickoski added that the government underestimates the voters, and thinks that the votes belong to the citizens.

“That is why, dear friends, brothers and sisters, I call on you all to unite around the person who spoke before me on this rostrum and who said that he will not talk about kindergartens or renovation of schools, water supply, sewerage because it is basic and the elementary work that belongs to all of us in the 21st century. But he has it in his programme,” said Mickoski about the candidate for mayor of Kichevo Aleksandar Jovanovski.