Home Macedonia One year probation for the five arrested for the violent protest in... 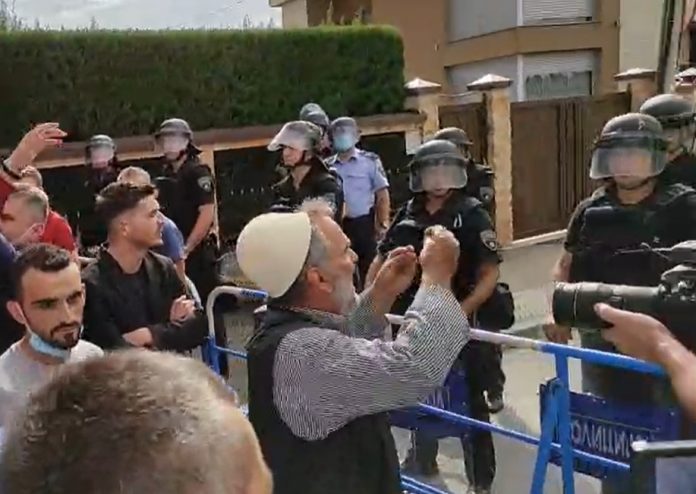 The five arrested for the violent protest in Tetovo and Mala Recica on September 17 received suspended sentences and will be released in the Basic Court in Tetovo, informed one of the lawyers in the process on Wednesday.

Defendants Blerim Ahmedi, Naser Belluli, Arjan Sherifi, Cemal Sadiki and Veton Aliti were tried for “assault on an official” for violence against police during a protest on September 17 in Tetovo, demanding accountability for the 14 people who lost their lives in the fire at the modular hospital on September 8.

The defendants pleaded guilty, and the court sentenced them to one year in prison if they commit the crime again in the next three years. At the same time, the court lifted the detention measure – said Besnik Asani, lawyer of the first defendant Blerim Ahmedi.

On September 17, there was a protest march in Tetovo from the square to the DUI headquarters in Mala Recica. As police tried to block the movement to the headquarters, some protesters used violence to continue the movement.