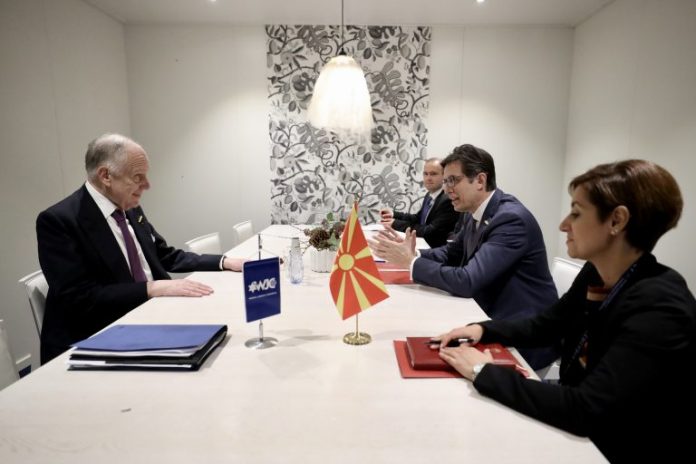 President Stevo Pendarovski, who is paying October 13-15 a visit to the Kingdom of Sweden for the Malmö International Forum on Holocaust Remembrance and Combating Antisemitism “Remember-React”, met Wednesday with World Jewish Congress President, Ronald Lauder.

President Pendarovski said North Macedonia is committed to keeping the memory of the Holocaust and ensuring historic responsibility, undertaking concrete measures and activities that have been broadly recognized and acknowledged, his Office said in a press release.

In this regard, the President recalled on the opening of the Skopje-based Holocaust Memorial Center for the Jews of Macedonia, the adopted working definitions of the International Holocaust Remembrance Alliance (IHRA) for anti-Semitism and Holocaust denial, the adopted declaration on the 75th anniversary from the deportation of the Macedonian Jews, a number of national and international education and training seminars, and events commemorating the Holocaust victims.

Pendarovski said the Holocaust must not be forgotten and highlighted the importance of educating young generations about the Holocaust and its denial, while adding that North Macedonia has applied for full-fledged IHRA membership.