Home Macedonia Mitko Janchev donated his salary for four years and will continue to... 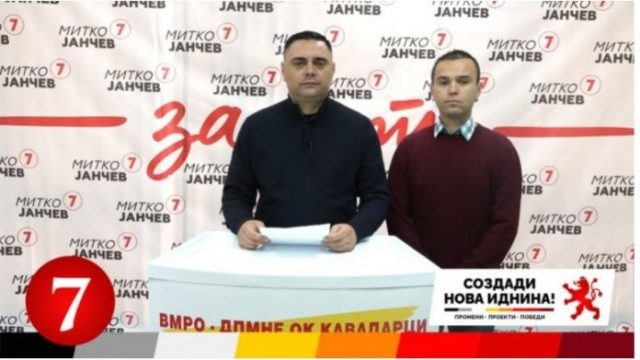 VMRO-DPMNE’s candidate for Kavadarci Mayor Mitko Janchev said Thursday that he donated his salary, did not use an official vehicle and will continue to do so.

He said the money went to socially disadvantaged families, people in need of treatment, talented students and college students.

“Through the Nikola Janchev Foundation, funds were donated twice a year where it is most needed,” Jancev said.

He announced that in the next four-year term, he will also give up the mayor’s salary and use of an official vehicle. Those funds, he said, will be given to those who need help.