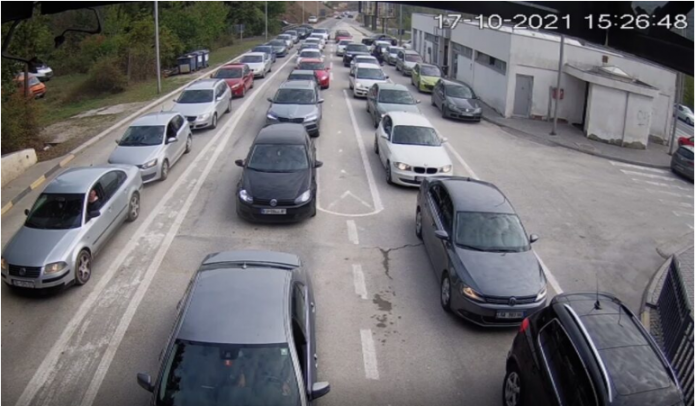 Unlike the other border crossings, the border crossing Blace was very busy on Sunday, as recorded on video cameras. This reason is due to the fact that today both Macedonia and Kosovo simultaneously hold elections.

Unlike in the morning when the delay was for leaving Macedonia, this afternoon the opposite picture is for entering the country, which was expected, considering that a large number of voters have already exercised their right to vote.

Citizens with dual citizenship can vote in both Macedonia and Kosovo It is already known that many Albanians living in Macedonia have citizenship in Kosovo as well.