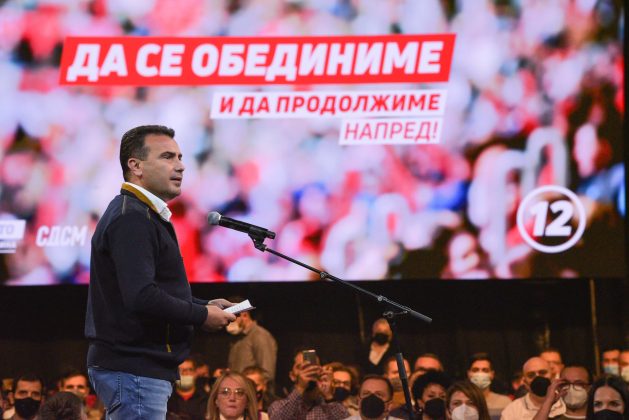 The progressive citizens will vote for Progress on October 31 – because it is theirs, and it is our personal ideology – the best for all, the President of the Social Democrats ZoranZaev told the citizens of Skopje.

He pointed out to the audience that in these four years, numerous successes have been achieved at the state and local level and that this continuity should be maintained in the future.

“You see, so far I am not talking about the dozens of kindergartens and schools built and reconstructed, hospitals and cultural centers, the thousands of kilometers of regional, highways, local roads and sewerage networks.

“I know that we should not convince you that we invest the money in the citizens, as opposed to the regime structure of Nikola Gruevski, whose extended arm is this leadership of VMRO-DPMNE led by HristijanMickoski, the party which if we say stole from the people would be an understatement. They robbed, stole, fired people from work, and trampled on human dignity,” said Zaev.