Home Macedonia Arsovska denies SDSM claims: I don’t have Bulgarian citizenship and I have... 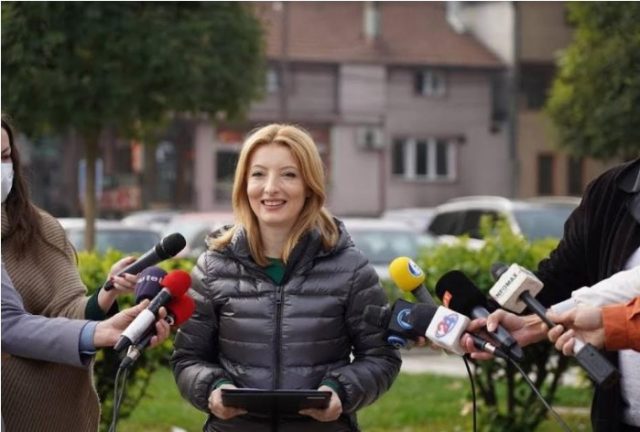 The independent candidate for mayor of Skopje Danela Arsovska, regarding SDSM’s allegations that she was a Bulgarian citizen, said that she completely denies such allegations and announced the filing of a new lawsuit against SDSM officials who published alleged documents at a press conference about her alleged Bulgarian citizenship but it is under the name Daniela Arsovska.

“I completely denied these allegations and I must say that not only the people of Skopje, but the whole of Macedonia knows and believes that the people who sold the Macedonian national interests now, two days before the elections, come out with allegations that I cannot prove through proceedings. They do it because, because I was neither the man nor the woman who made them make a statement that if they lose Skopje, they will lose their political careers and functions,” Arsovska said.

Asked whether the candidate for mayor ever bore the name Daniela Jovanovska, Arsovska again denied these allegations.

“No, I have never carried the name Daniela, I was born DanelaJovanovska and I have been Arsovska for more than 20 years, I got my name after my grandfather Dane who is Macedonian. I was born in Skopje, I have lived my whole life in Skopje, I have a family here, which is being attacked, starting with my parents, my son, my husband,” said Arsovska.