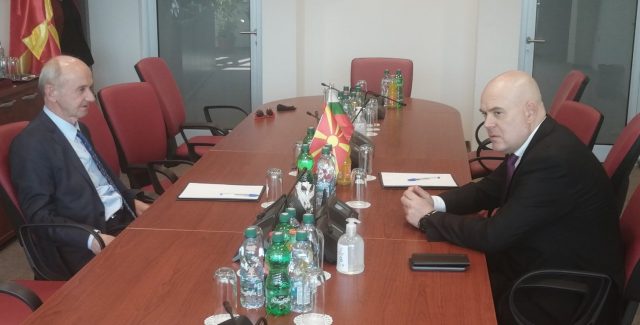 The possibilities for enhancing the cooperation in all areas, and especially in the fight against organized and cross-border crime were in the focus of today’s meeting of Macedonia’s Public Prosecutor LjubomirJoveski with Bulgaria’s Chief Prosecutor Ivan Geshev.

At the meeting, Joveski and Geshev discussed the possibilities and needs for possible amendment of the Memorandum of Cooperation between the two prosecutor’s offices concluded in 2015, and discussed the directions for further cooperation. In doing so, they exchanged experiences and discussed the legal norms in both countries regarding the handling of cases against serious and organized crime, “reads the Public Prosecutor’s Office’s press release.