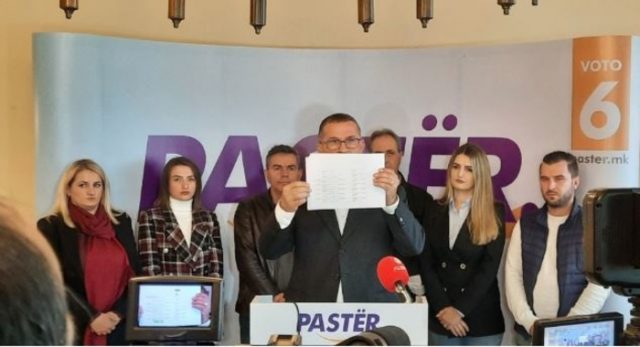 Mayoral candidate of the Municipality of Struga from the opposition party Alliance of Albanians and AlternativaIdriIstrefiat Wednesday’s press conference accused current MayorRamizMerko of stealing millions of euros from the municipal budget.

According to Istrefi, the manipulation lasts for several years, i.e. from the second term of Merko who is a candidate of the ruling DUI, through a concession for public lighting with the company “City Light”.

It is about extortion and theft of millions of euros from the budget of the citizens of Struga by the couple RamizMerko – ArmenKadriu. This manipulation has been going on for several years through a suspicious concession with many legal violations, concluded in the second term of RamizMerko, between the municipality of Struga and the private public lighting company “City Light”. This company for maintenance of public lighting receives millions of euros from the Struga Budget, Istrefi accused.

The money that the Municipality gives to the company, claims that it goes to RamizMerko and his associate ArmenKadriu, for which he submitted banking transactions.