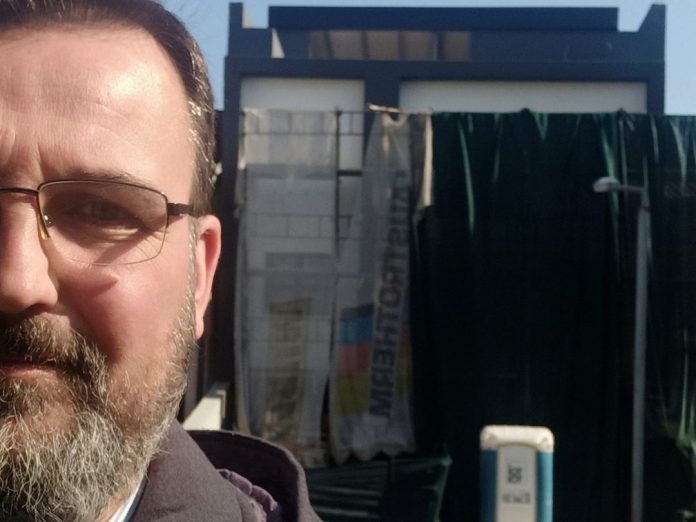 At that time, a group led by the director of ZOO Skopje, a director appointed by Petre Shilegov, known as Chombe, in the presence of police led a group to damage the election billboards of VMRO-DPMNE, which is strictly prohibited by law.

Let’s look at the video which shows Chombe’s group in the presence of the police destroying election material.

This is an anti-election act and is prohibited. This anti-election act was done and organized and carried out by a director appointed by Petre Shilegov and was done in the presence of the police. This is nervousness on the ground, they know they are losing the election and are increasingly using physical violence. This is a classic abuse, the director of the PE, an official from the ranks of SDSM, in the presence of the police, organizes a group and acts against the elections. He is destroying propaganda election material in public.

The attack on the councilor takes place after it was noticed that the councilor filmed this group during its illegal actions. He was surrounded by vehicles belonging to the group led by Chombe, which was followed by a physical attack.