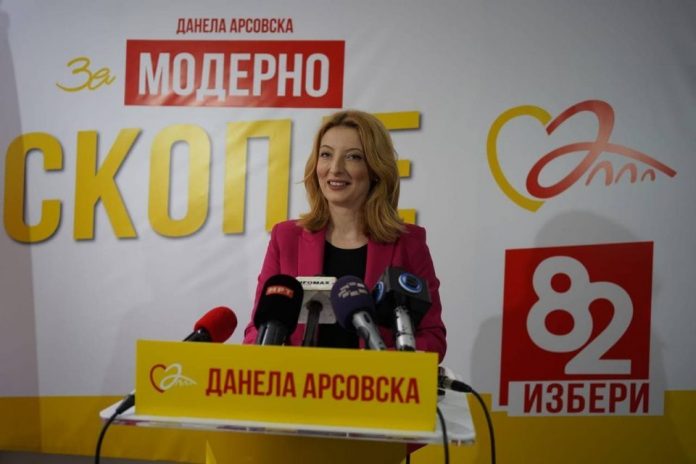 Thank you for choosing to believe in humanity, for pointing out that you are against smear campaigns and for giving me your confidence to lead the city of Skopje in the next four years, new Skopje mayor Danela Arsovska said at a press conference Sunday night.

She pledged she will start immediately to implement the projects included in her election program. “Some of them will be implemented in the first 82 days in office,” Arsovska stressed.

“After difficult struggle, my opponent in this campaign was not only the outgoing mayor but also the outgoing prime minister. It is also my great pleasure to announce that for the first time in 30 years of independent Macedonia, Skopje will have a female mayor,” Arsovska said.