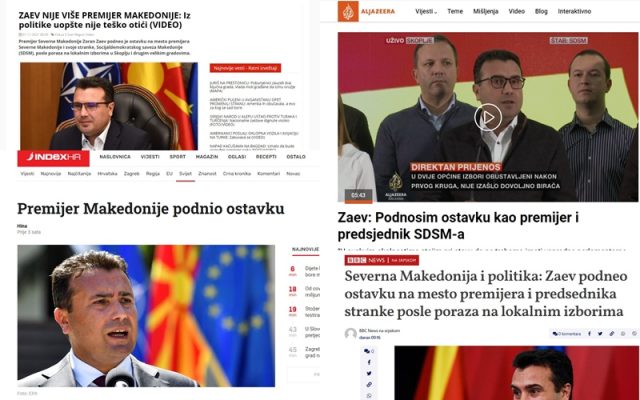 The leading media in the region on Monday continued with the reports and analyzes from Sunday night regarding the resignation of the Prime Minister of the Macedonian Government ZoranZaev, which he submitted after the heavy defeat of the just completed local elections.

Zaev, who resigned both from the leading position in the ruling SDSM and the PM office, is unequivocally the leading figure on all the front pages of the Albanian, Bulgarian, Serbian, Croatian media outlets on Monday.

Every one of these media outlets, without exception, quotes parts of his address stating that his greatest merit is the country’s entry into NATO, but that he is leaving office, failing to achieve his main goal, and that is the start of accession negotiations with the EU.