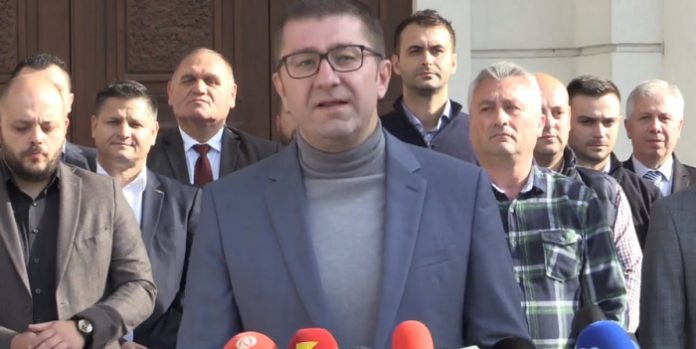 VMRO-DPMNE leader Hristijan Mickoski at Sunday’s press conference said that the mayors should roll up their sleeves and solve the problems of the citizens.

He says that some of the municipalities are over-indebted and there is abuse of resources, there are people who received monthly salaries without showing up to work.

“We need maximum involvement to realize what was promised,” Mickoski said.

Mickoski says he will ask the mayors to start with at least three capital infrastructure projects in the next 30 days.

He advised them to show modesty in their actions, to give up the privileges that were abused in the past by their predecessors in the previous term, and which the function itself brings as an opportunity.