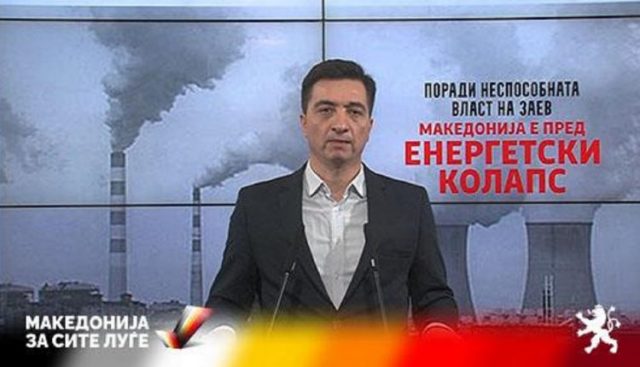 Instead of importing more expensive coal, they could realize the project for opening the Zivojno mine. In that way, they would save the fragile domestic economy from ruin, because in such situations as the current one, it is especially important for the domestic production of electricity to function, said StevceAntovski, member of the Energy Commission of VMRO-DPMNE, and demanded responsibility for the wasteful attitude of the government towards energy.

“The tenders for excavation in REK Bitola, which they make in order to pump money from the company to private individuals close to the government, have now returned to them like a boomerang. Macedonia is on its knees without sufficient own production of electricity. We will face collapse, poverty and power outages. The transmission system operator (MEPSO) is on the verge of bankruptcy by taking over someone else’s energy from the European network, for which over 15 million euros will have to be paid,” said Antovski.

The VMRO-DPMNE official reminds that instead of destroying REK Bitola and planning its closure, it would be enough just to replace the filters and solve the problem of pollution.

“Instead of exhausting the plant with party employment, criminal tenders and non-domestic work, we should have built other electricity generation facilities, and at the same time think about opening new coal mines in the vicinity of the plant, exactly for these kind of difficult times,” Antovskiadded.