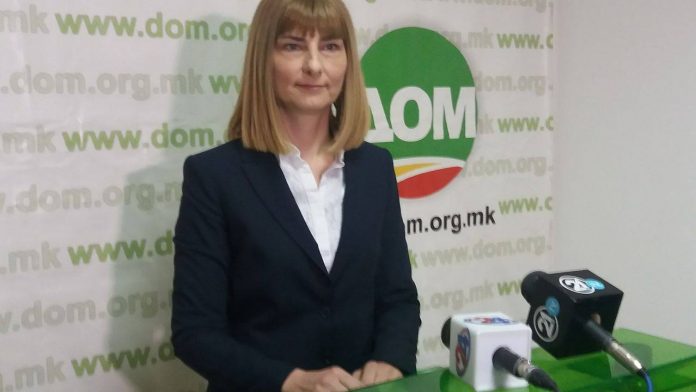 Prime Minister ZoranZaev took responsibility and announced that he was resigning, he was determined to resign and I expect that to happen, and later to be realized in the Parliament, this is unsustainable, the processes are not running, there is pressure from the opposition and it is not in interest of the state and the citizens, said MP and DOM leader MajaMorachanin.

“We will see on Thursday what the decision for a vote of confidence in the Government will be, and how many MPs VMRO-DPMNE will secure. We are part of the current majority and we will not support the vote for the fall of the Government, Macedonia needs stability, especially when there is a serious economic crisis, as well as the Euro-Atlantic processes, the citizens do not want us to go from election to election, they want stability and I don’t think elections are a solution,” the party leader added.

According to Morachanin, DOM’s independent participation in the local elections is a democratic process, and the reason was to get out of the black and white world of two parties.