Home Macedonia Analyst Mehmetisays that even if the current Government is not overthrown, SDSM... 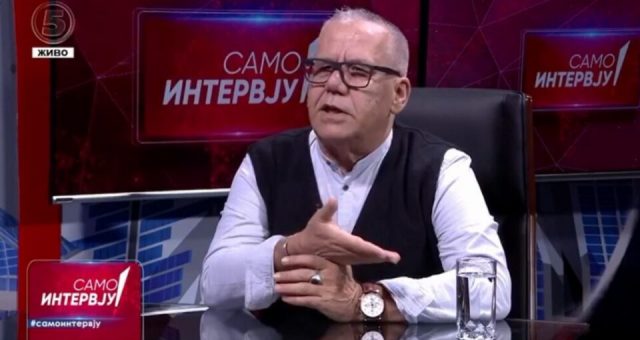 The worst thing for SDSM is that even if the current Government is not overthrown in the parliament, the leader in the ruling coalition SDSM will fall to 10 MPs, said analyst Kim Mehmetiin a TV interview.

Mehmeti stressed that DUI is no longer a major player among Albanians.

“DUI was most worried about Zaev’s resignation because they will no longer be in power. DUI’s disorientation is seen in the fact that they promote the green concept but do not know what it means. There are only landfills where DUI holds power,” the analyst said.

Mehmeti pointed out that SDSM is guided by the logic that it should make 200 Albanians happy by bribing them.

“Zaev should have resigned two years ago, not now. Now he leaves ruins behind. This what he leaves behind,” Mehmetistressed.