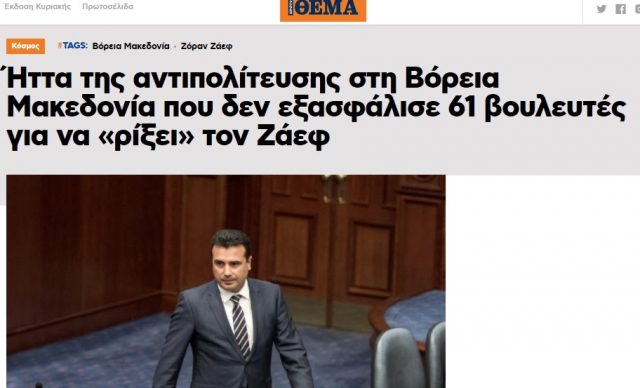 The Greek news agency ANA-MPA writes in detail about yesterday’s events, commenting that due to lack of quorum, the no-confidence motion against the Government of ZoranZaev failed, but also that a “drama with an Albanian MP” occurred.

The agency explains that the MP KastriotRexhepi from the ranks of BESA announced through social networks that he will not attend the session, and “opposition parties, including BESA, have raised suspicions even about the” kidnapping “of KastriotRexhepi, wondering if his life is in danger. ”

The online edition of the daily Proto Tema comments that the opposition failed to secure 61 seats, and that “the decision of the small Albanian BESA MP KastriotRedzepi not to follow the party line for the fall of Zaev’s Government created a tense atmosphere.”