Home Macedonia There has never been a bigger fraudster and trader than Zaev, claims... 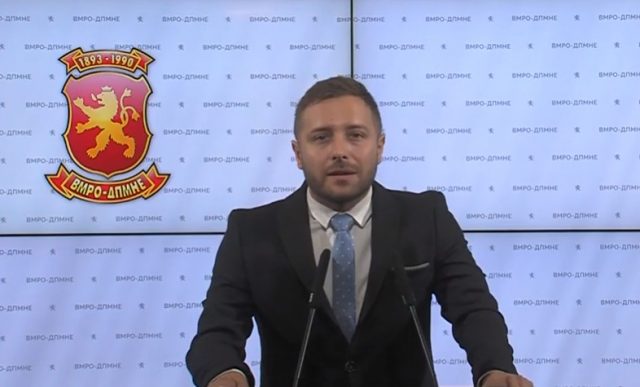 It is high time for Zoran Zaev and SDSM to leave the political scene in the Republic of Macedonia. It is high time, finally at least once in his life, that Zoran Zaev kept his promise to face the reality that the citizens no longer want him and to resign and leave the PM office. Such a shameless person, such a frivolous dilettante behavior, such a marketing-mafia policy, such a miserable and insignificant phenomenon as Zoran Zaev has not been seen for a long time, nor will it be seen in the future. Such a liar, deceiver and manipulator of his own people and his own country, believe me, happens once in a lifetime, accuses VMRO-DPMNE spokesperson Dimche Arsovski.

“Once again, let analyze the reasons why Zoran Zaev should disappear from the political scene. He is the biggest shame for the citizens and for the Republic of Macedonia. He promised that he would leave politics if he lost the elections, and he lost them by a margin of 100,000 and did not resign again. No shame whatsoever. He kidnapped an MP so as not to vote against his Government like in the most mafia movies and he was silent for 4 days as if that was the most normal thing. Again, shamelessly done. He and Venko Filipche killed by 14 citizens of the Republic of Macedonia in the Tetovo modular hospital, resignations were promised, an investigation was promised, there is no investigation, no resignations were submitted, no one was held accountable and bore responsibility. Zero liability, like everything else”, says Arsovski.