Home Macedonia Albanian and Macedonian nationals evacuated from a fire in a camp in... 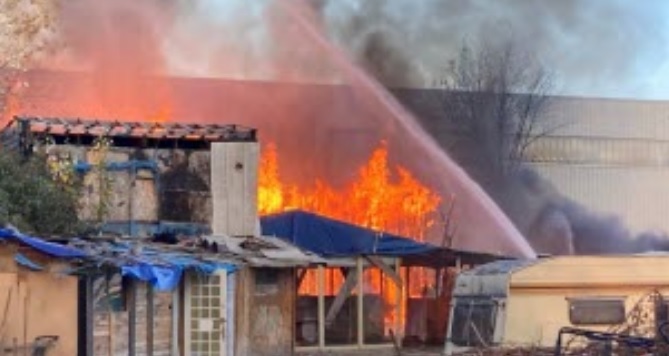 Yesterday afternoon, a fire broke out on Des Alier Street in the Roma camp in Grenoble, where families from Macedonia and Albania live, MIA reports from Paris.

Several firefighters were mobilized to extinguish and prevent the spread of the fire, which was reported shortly after 3 p.m. A safety perimeter has been established as firefighters fear an explosion due to the presence of gas cylinders. The causes of the fire are still unknown.

Families of homeless Albanians and Macedonians have been living in this camp for several months. They are waiting for their asylum applications to be confirmed, in extremely difficult living conditions. City Hall formed teams to try to help.