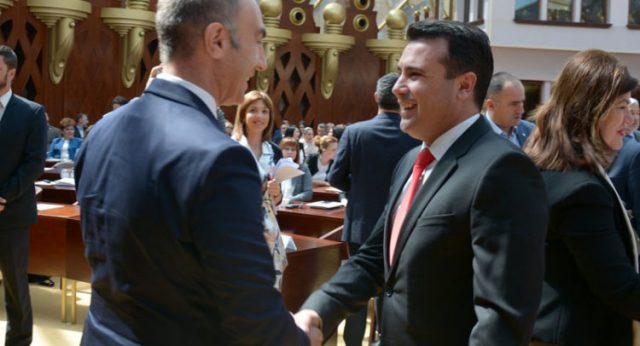 “We are currently talking not only to Alternativa but also communicating with other political parties in the Parliament over joining or supporting the parliamentary majority. I believe that all those who want to see North Macedonia in the EU will join this majority. I am certain Zaev will launch the procedure of electing a new SDSM leader, this is not a process lasting one day but a month, and I hope we will have a stable parliamentary majority by then, so that we can continue with the reforms through the Budget adoption but also settlement of the Bulgaria dispute,” Deputy PM Grubi told reporters.