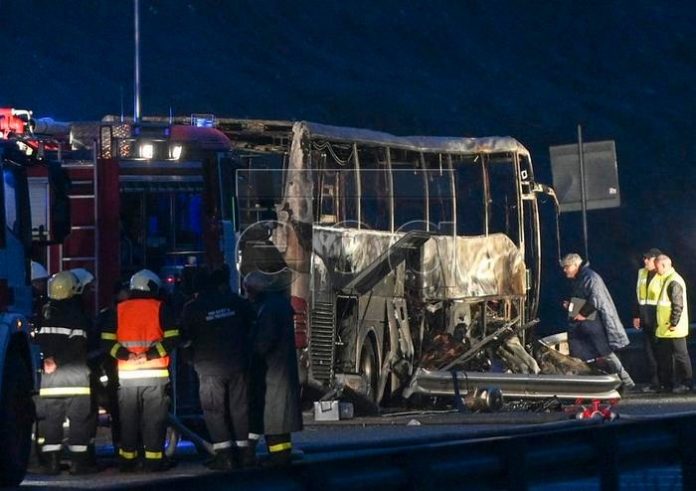 Imprecise or faded horizontal signs, no road signals, poor condition of the reflecting traffic signals, possible fuel smuggling or human error are some of the possible causes for yesterday’s bus accident at the Struma motorway in Bulgaria, road safety experts told the Bulgarian National Television (BNT).

Racing driver Rumen Dunev says the bus had two braking trajectories and that the driver had not fallen asleep.

According to him, the bus was in flames even before hitting the barrier.

“The photos show that the first barrier it hits is also on fire. We have made a detailed inspection to see if the problem is a flat tire. If this was the case, then tire pieces would be seen on the asphalt,” adds Dunev.

The association of road accident victims puts forward the hypothesis that fuel smuggling is the cause for the fire.

“For the sake of truth, there is a practice of purchasing flammable matters from Turkey, including gas tanks and fuel, because fuel there is much cheaper than here,” says Iliya Todorov.