Home Macedonia Nikoloski tells Rexhepi: It was you from BESA who initiated the overthrowing... 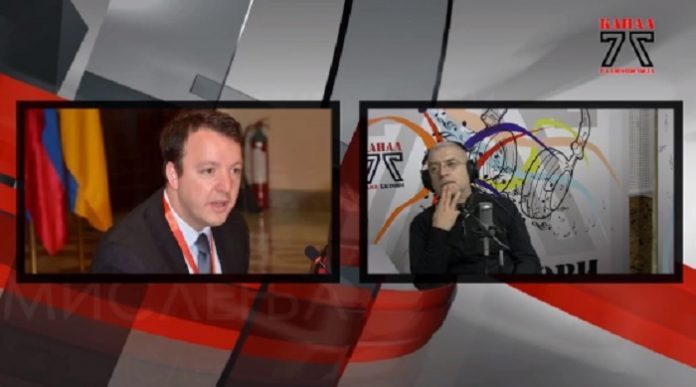 VMRO-DPMNE and the opposition on October 31st won a landslide victory in the local elections, the biggest victory any opposition has won in local elections. VMRO-DPMNE won 44 mayoral seats, and SDSM only 16, which completely delegitimized this government, and Zaev announced his resignation. In a normal country, the resignation is announced and submitted the next day, and we faced a situation in which Zaev wanted to play that statement, VMRO-DPMNE Vice President Aleksandar Nikoloski told Kanal 77.

“The main initiators of the initiative were the Besa MPs, the party that until recently was part of the government, having in mind that they won in Tetovo, and in Zhelino on the table they tried to take their victory, there was revolt among them. Rexhepi’s signature is the 61st and it can be seen, the signatures were collected, and after that Zaev had a deadline to keep his word. If someone changed their mind, the least they had to do was inform their partners about the matter, unfortunately we saw how the MP did not show up in Parliament and we saw a situation like in a Latin American movie, where an offer of silver or lead was probably accepted, because there is no other explanation to this”, said Nikoloski.