Home Macedonia Mickoski: This Government lost its credibility, only way forward is through early... 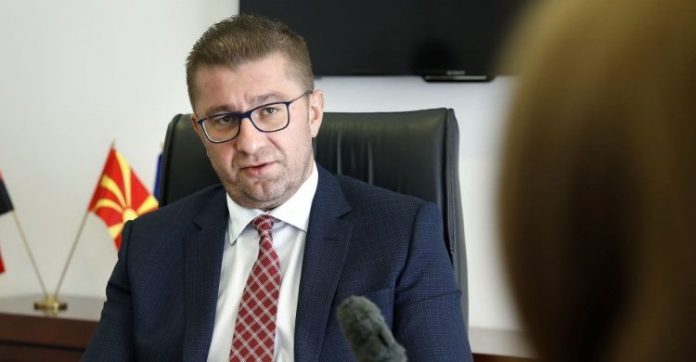 The current Government is not credible, the people had their say during the local elections, and early general elections are needed for us to have a fully legitimate Government, said VMRO-DPMNE leader Hristijan Mickoski during his visit to Sveti Nikole on Sunday.

Regarding the scheduled date for the election of a new leader of SDSM, Mickoski said that it was an incorrect political move on the same day when VMRO-DPMNE announced its congress to schedule intra-party elections, but SDSM cannot be expected to have a political dignity.