Home Macedonia Slaveski: The incentive financial packages from the Government were overdue, they were... 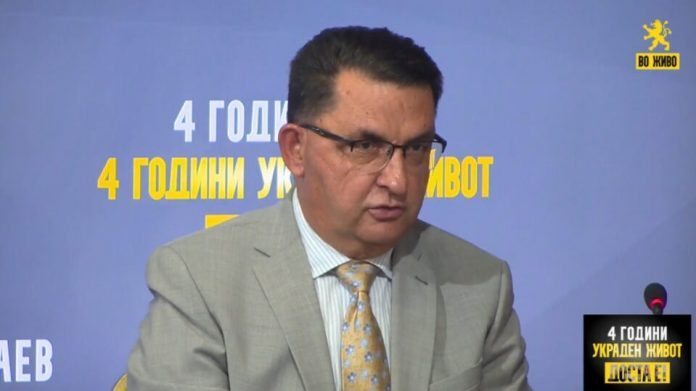 The VMRO-DPMNE Executive Committee member and President of the Council of the City of Skopje Prof. Dr. Trajko Slaveski in an interview with Telma TV spoke about the current political situation, economic crisis and expectations in the next period, as well as the country’s handling of the coronacrisis.

Slaveski emphasized that undoubtedly the citizens should get vaccinated, although he respects the position of a certain group of citizens who do not want to get vaccinated. He adds that vaccination is important because only in this way it will be possible to get out of COVID-19’s chains faster and the economy to move forward, i.e. to solve the economic problems in the country.

“The packages that were provided for financial stimulation of the businessmen were overdue, i.e. they were not well thought out. The packages were expressly voted in order to show the citizens that the Government is helping the businessmen in some way, although the categorization for their distribution was unrealistic. Many small and medium enterprises did not withstand the difficult moments and closed their capacities, while those larger enterprises that worked well before, received financial incentives, although they were not endangered to the level of small and medium businesses”, says Slaveski.