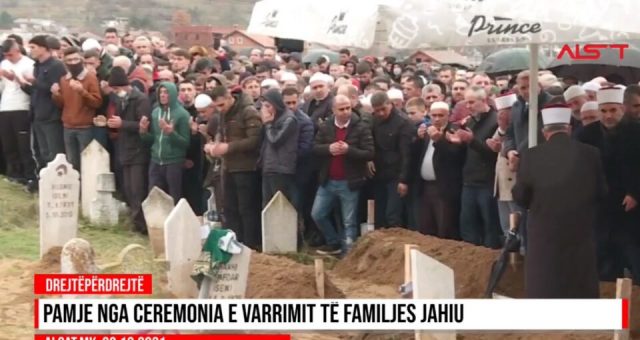 More than three thousand people attended the funeral in Studenichani of several members of the same family who lost their lives in a fatal accident in Bulgaria.

Twelve victims who were from the same family Jahiu from the village Morane in the municipality of Studenicani died in the tragic bus accident. Eight of them were children and four were adults, including two mothers and two other victims from their extended family.

The remains of 45 Macedonian passengers were transported by two planes Fridayto the Skopje Airport.