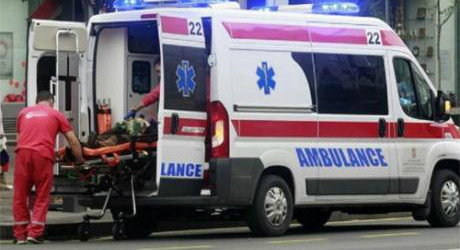 This is not about privatizing the ambulancemedical services, it is a political spin. The Law clearly states that emergency medical services can be provided only by a public healthcare institution, says Health MinisterVenkoFilipche.

In a statement for SlobodenPechat, Filipche pointed out that in addition to the public health institution, the emergency medical and dental assistance is provided by the private institutions “Neuromedica”, “Zhan Mitrev Clinic”, and now “Nikob” starts with transport.

“We are only legitimizing what is actually happening on the ground. The private transport that the citizen now calls, he pays from their own pocket and it will stay that way. The health fund will not take on those responsibilities,” said the minister.

He clarified that the citizens will not have any expenses that they have not had so far.

“We are now putting into law what has been happening on the ground for years. Where is the privatization here?” said Filipche.

The Minister of Health stated that after the meeting of the Committee on Health in the Parliament, he had a consultation with the parliamentary groups of DUI, Levica and VMRO-DPMNE and explained the changes. He added that they agreed to organize a public debate on all amendments to the Law on Health Care in the Parliament next Friday.