Home Macedonia Dimovski: More than a 1,000 VMRO-DPMNE officials are put through rigged trials 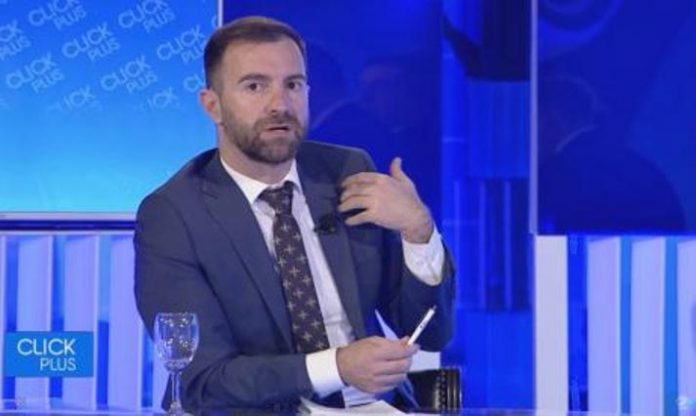 More than a 1,000 officials and activists of the VMRO-DPMNE party are systematically targeted under the Zaev regime and put through politically motivated trials, said VMRO-DPMNE official IlijaDimovski in a political debate with Professor LjubomirFrchkoski on TV 21.

Frchkoski said that the rule of Nikola Gruevski must be “digested” in VMRO-DPMNE and that the party must not pretend that nothing happened, and on the other hand Dimovski replied that after the change of government over 1,000 people from VMRO -DPMNE targeted by list go to rigged lawsuits for political reasons.

“Dimovski, you cannot eradicate Gruevski’s rule for 11 years,” said Frckoski, who was Minister of Interior and Foreign Affairs in the SDSM-led government.

“Professor, we have more than 1,000 people from VMRO-DPMNE who are targetted every day, forced to attend rigged trials. In almost every city in Macedonia we have high party officials going to these political trials. The cases are collapsing, it’s clear they are driven by politics, and our country is suffering because of this”, Dimovski said.