Home Macedonia Mickoski after meeting with Ahmeti: The principle of kneeling and servility towards... 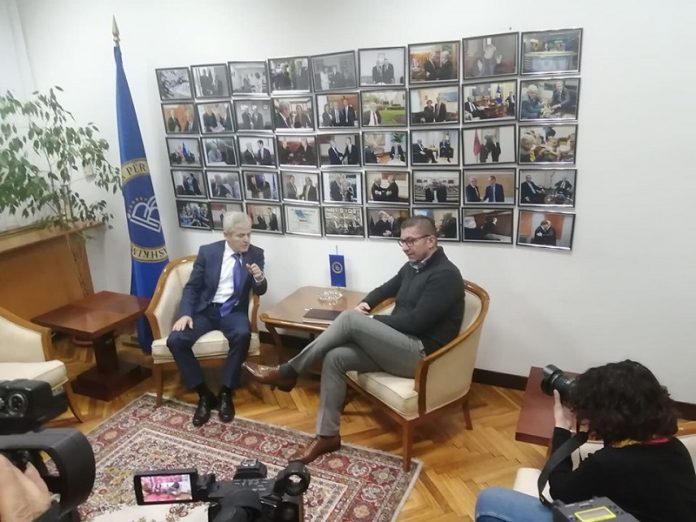 We generally discussed two topics at the meeting with Ali Ahmeti – the meeting lasted one hour. The first topic was the dispute with our country’s eastern neighbor where I reiterated our theses, the principled position to respect the resolution adopted by Parliament. I expressed concern over the fact that the more we abandon our negotiating positions, the greater the demands from Bulgaria, and thus the negotiating position of the country is destroyed. I personally believe that the principle of kneeling and servility should be abandoned, said VMRO-DPMNE leader Hristijan Mickoski after his meeting with DUI leader Ali Ahmeti.

“We need to show character and we should all do our best to show that character. That is my message. Enough of humiliation, enough of shame, the people are frustrated. Many concessions have been made during these 30 years of independence, and in fact we are still in the lobby and we are unable to start that negotiation process,” Mickoski said.

He added that the other topic he discussed with DUI leader Ali Ahmeti was the early general elections.

“Given that as VMRO-DPMNE in the past we were subject to criticism by the general public because we were silent and were not present in public. That was the reason not to find an excuse that VMRO-DPMNE is guilty because we are unable to get a date for starting accession talks,” said Mickoski.