Home Macedonia VMRO-DPMNE demands elections in May: SDSM has no credibility to lead the... 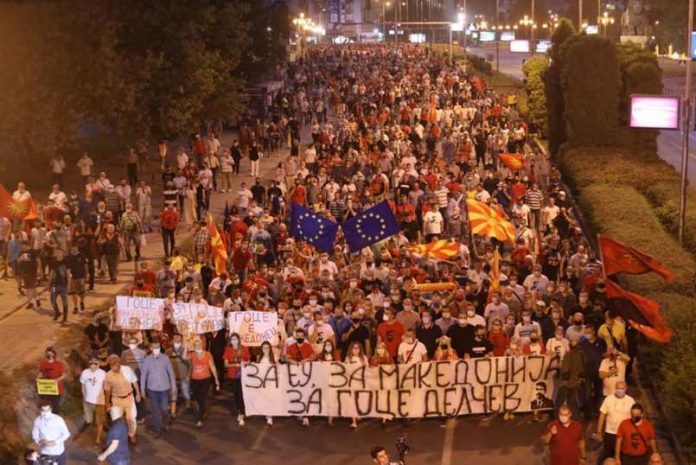 VMRO-DPMNE demands a caretaker government in February and scheduling snap elections in May, because SDSM has no credibility to lead the country.

“The country is facing an economic, health and energy crisis. SDSM is the main culprit for the bad situation in which the country is and they cannot be the solution. Changes are needed for the country to get out of the crisis. VMRO-DPMNE proposes Afrim Gashi to lead the government that will organize the elections, and he will receive support from the opposition. Immediately after that, a technical government should be formed, and the elections should be scheduled for May. If SDSM and DUI refuse, it will show that everything they do is just pure folklore to steal and lie. In order to rob the poor people in Tetovo, Berovo, Gostivar and Shtip under the guise of nationalism”, the opposition points out.