Home Macedonia Zaev and Osmani each month come up with an excuse why we... 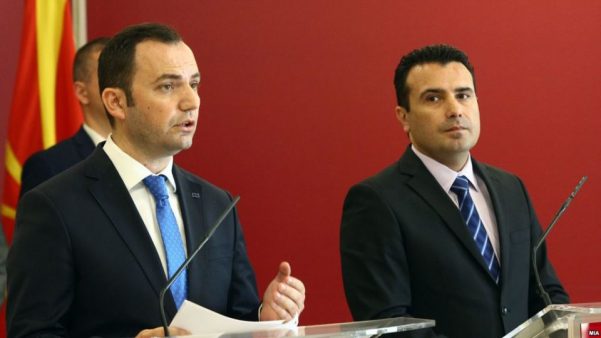 Every month, Bujar Osmani and Zoran Zaev invent a new excuse why we did not get a date for starting accession talks, and why we will surely get it next month, reads the opposition VMRO-DPMNE’s press release.

“Apart from being tragic, it also turns into ridiculous. The government and Bujar Osmani say every month that the country will receive a date for negotiations next month. And it has been 4 years since Bujar Osmani and Zoran Zaev took pictures on the government plane with the news that we have received a date. For 4 years SDSM and DUI have been lying to the citizens, and in reality there are no reforms, no projects, there are only divisions in tenders, theft of the state, crime and corruption. Due to the policies of kneeling, Bulgaria always comes up with new demands, and Zaev comes up with new lows to reach. And while swearing in the EU, they are committing crimes behind the scenes”, says the opposition.