Home Macedonia Szijjártó: We ask our friends in Bulgaria to close its national issues... 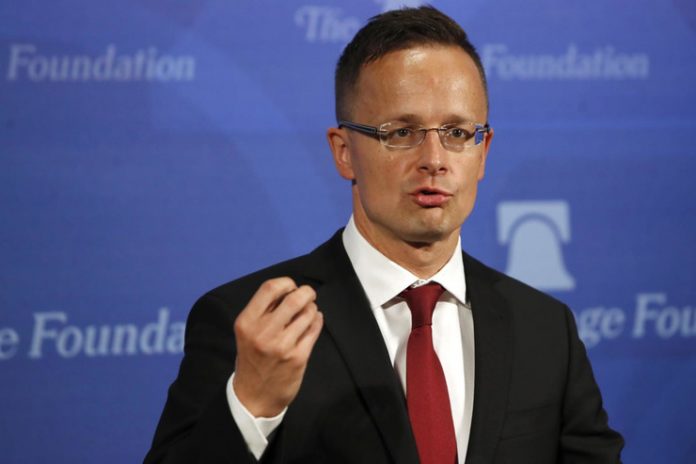 Hungary’s Foreign Minister Péter Szijjártó on Monday urged Bulgaria not to block the start of European Union accession talks with North Macedonia and the issues they see as an obstacle to resolving them during the talks.

“Respectfully, we ask our friends in Bulgaria to close its national issues that are considered an obstacle during the negotiations rather than by hindering the start of the negotiations”, said Szijjártó.

“We have a feeling that last week the EU left the Western Balkans dry and high once again, because a year and a half ago we already made a decision that North Macedonia should start negotiations with the EU, but here those talks have not started yet,” Szijjártó said. The credibility of the EU is being undermined and Hungary considers this situation to be harmful, dangerous and contrary to EU principles on both security and economic development issues.

Asked about the fugitive Nikola Gruevski’s extradition, the foreign minister answered that it was a legal issue, not a political one.

“It’s a matter for the judiciary, and in Hungary politicians must not question it,” Szijjártó said.