Home Macedonia Nikovski: The government behaves humiliatingly in the dispute with Bulgaria 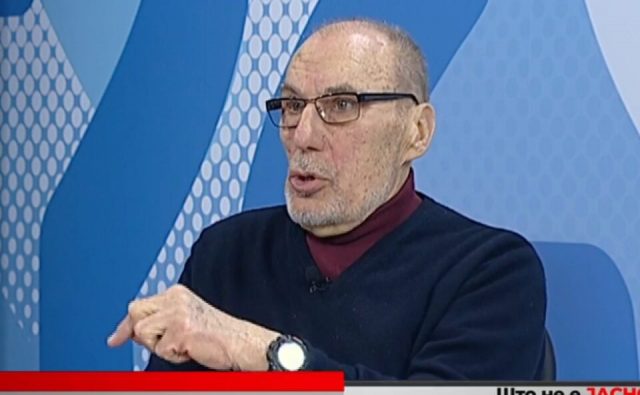 Bulgaria sent a memorandum which it reactivates in which it says that there is no Macedonian language, there is no Macedonian people, and we as a country are silent, and as soon as you are silent you will be trampled. None of the foreigners criticize Bulgaria, but everyone says a solution should be found and they expect us to give in, said former ambassador and analyst RistoNikovskiin an interview with Alfa TV.

According to Nikovski, there are no coincidences in politics – what Bulgaria is doing is not accidental, Macedonia is behaving in a humiliating way and as soon as you behave like that, then they can ask you for everything.

“We are behaving humiliatingly, irresponsibly and as if we are ready to accept defeat. We are realizing everything we should and shouldn’t do, and when they know what concessions we are ready for, they will continue to trample you,” he said.

Regarding the statement of Minister of Foreign Affairs BujarOsmani for a quick solution, he says that if oneparty shows that it is urgent for it, then the other one only raises the price.

“We are giving them a chance to blackmail us more and more.” If we read Osmani’s statements, you do not know who he is rooting for. Osmani says that Bulgaria has no condition to include the Macedonians in its Constitution and justifies Bulgaria, instead of Bulgaria defending itself,” Nikovski said.