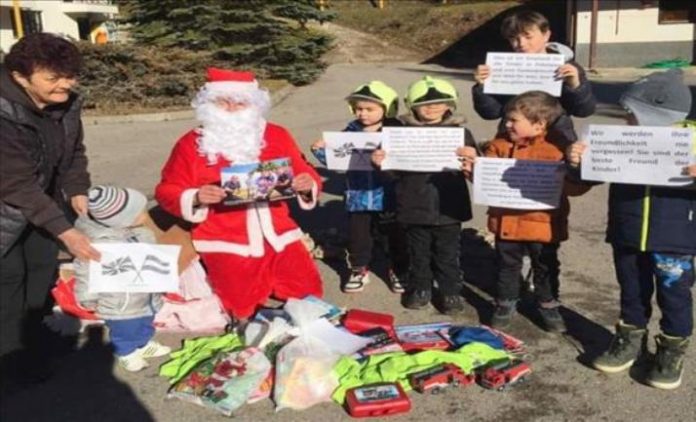 The children of Pehchevo received a New Year’s surprise from the Austrian firefighters, who participated in the extinguishing of the fires in Maleshevo last summer.

By sending Christmas presents to the children, the firefighters from Austria sent their best wishes in the New Year to the citizens of the small Macedonian town, wishing never to repeat what happened last summer when thousands of hectares of forest were destroyed in the Pehchevo and Berovo area.

“These are people with great souls, people willing to sacrifice themselves, humane people, heroes of today. By sending these gifts, the firefighters show that the friendships they have gained will last forever. We thank them for everything they have done for us,” said Aleksandar Bojchevski, citizen of Pehchevo.

The Austrian firefighters during the fires in the summer of 2021 were stationed at the City Stadium in Pehchevo and were a real attraction for the citizens and their children, with whom many friendships were born, as the gifts that the children received from them prove to be true.