Home Macedonia Radev: Albania should start negotiations and not wait for Macedonia 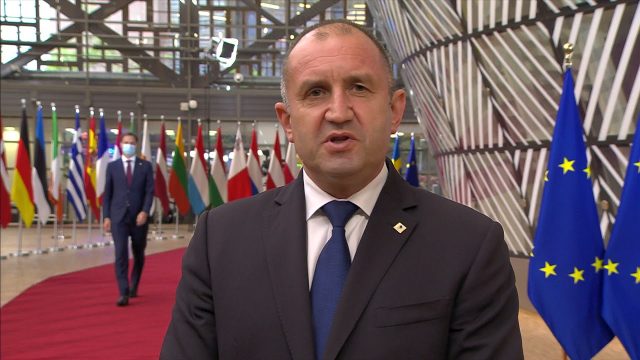 Four years after the signing of the 2017 Treaty, the Republic of North Macedonia has not done what is necessary for its implementation, but it has also not guaranteed the fulfillment of its obligations, said Bulgarian President Rumen Radev after a nearly five-hour session of the Consultative Council for National Security.

As his main point, Radev said that giving consent for the start of negotiations between North Macedonia and the EU should not be tied to deadlines but to real achievements, including the rights of Macedonian Bulgarians.

After reiterating that Bulgaria has a strategic interest in expanding the EU in the region and that it was the first to recognize Macedonia’s independence, he added that Sofia does not deny the right of Macedonian citizens to declare and call themselves what they want, but insists on full equality of Macedonian Bulgarians with other citizens in the country.

According to the Bulgarian President, the decades-long discrimination of Macedonian Bulgarians in the country has escalated with public attacks on citizens who declare themselves as such, emphasizing that their rights are a key element of the Copenhagen criteria and they, as he said, cannot be negotiated.