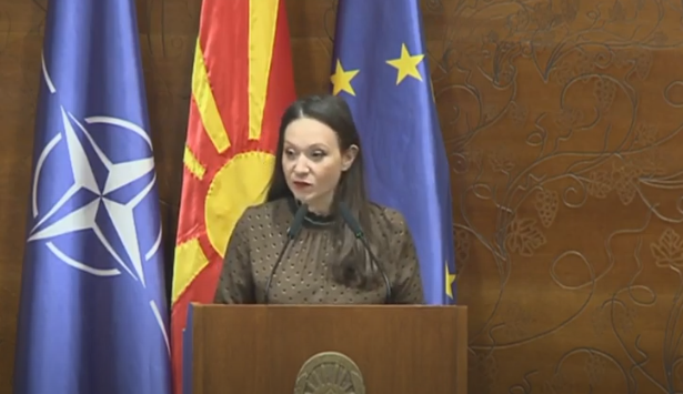 The previous government led by ZoranZaev left desolation, destroyed the country on all grounds, political, economic, cultural, health. “Macedonia is drowning, Zaev’s policies have destroyed the country in every possible segment,” said VMRO-DPMNE MP Rashela Mizrahi at a parliamentary session discussing the election of a new government.

The MP stressed that the new government barely has a majority in parliament, and that is provided by the political bargaining, pressure and blackmail.

“There is no political legitimacy, there is no political government, there is no trust from the citizens, and they have no idea how to proceed. The 60-page program over 80% is a plagiarism of the program with which Zaev became prime minister. People want answers about the victims of the bus accident near Laskarci, the fire in the Tetovo hospital, the burnt bus in Bulgaria, the prosecution, the judiciary, prices, education, all the lies that Zaev repeated,” Mizrahi said.

“How will Kovachevski demand responsibility from the Minister of Interior, marked by 33 huge scandals, in the same ministry, from the purchase of vehicles to mafia murders, major corruption scandals involving politicians, issuing Macedonian passports to hundreds of Balkan drug lords? Or how will he demand accountability from the new Minister of Agriculture who was the Minister of Anti-Corruption, during which time corruption rose to 111th place in Transparency International? The former minister of justice, who should be the new deputy prime minister for European integration, publicly called judges for their decisions, announced court rulings, did not implement reforms,” ​​Mizrahi said.