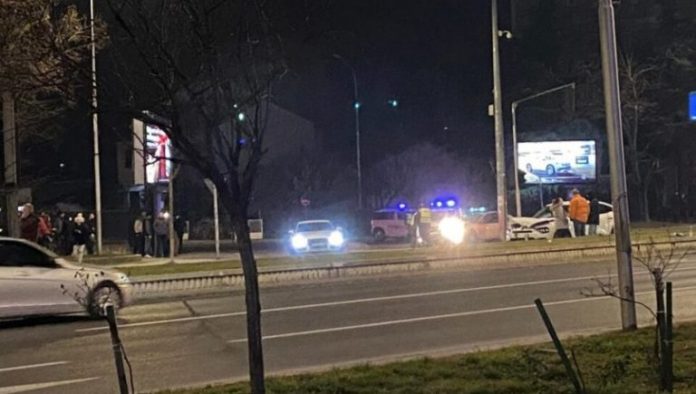 A public prosecutor from the Basic Public Prosecutor’s Office in Skopje Thursday night inspected the scene of a serious traffic accident near the “City Mall” shopping center in Skopje, in which one person lost his life and another was injured.

According to initial information, the accident occurred when a passenger vehicle Citroen C4, driven by a 22-year-old person, hit two pedestrians, a girl and a 24-year-old boy, who were crossing the street. One died on the spot, while the other pedestrian was injured and taken to hospital.

On the order of the public prosecutor, the driver of the car was arrested immediately after the accident and detained at the police station. The public prosecutor ordered an autopsy on the body of the deceased, and ordered an expert examination of blood and urine samples from the driver of the car in order to determine whether he was driving under the influence of alcohol or other illicit substances.