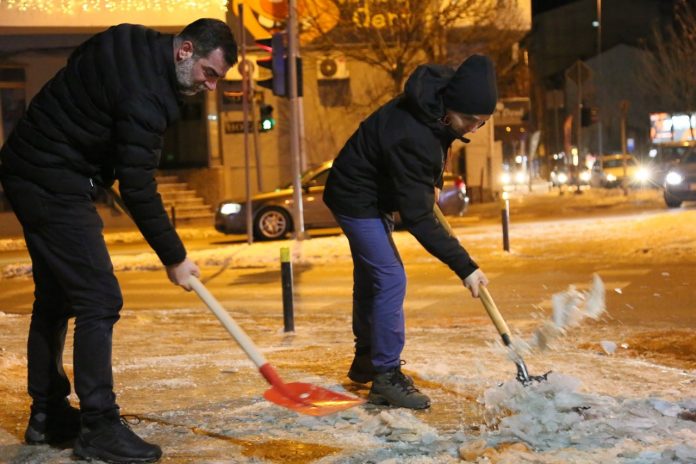 Tetovo Mayor Bilal Kasami, accompanied by the employees of the utility company on Saturday night shoveled the snow and ice from the sidewalks. The photos shared on social media show Kasami along with the director of PCE Tetovo Nuredin Fetai with shovels in their hands and removing snow and ice from the frozen city sidewalks. They also helped the workers in throwing salt to the pavements.

“While everyone is at their homes in these low temperatures, the heroes of the city take care of the public spaces. Tonight we jointly shoveled snow and ice off the sidewalks during low temperatures. Security and free movement of citizens is our duty,” said Mayor Bilal Kasami.