Home Macedonia Osmani fails to comment on the “5 + 1” package with Bulgaria,... 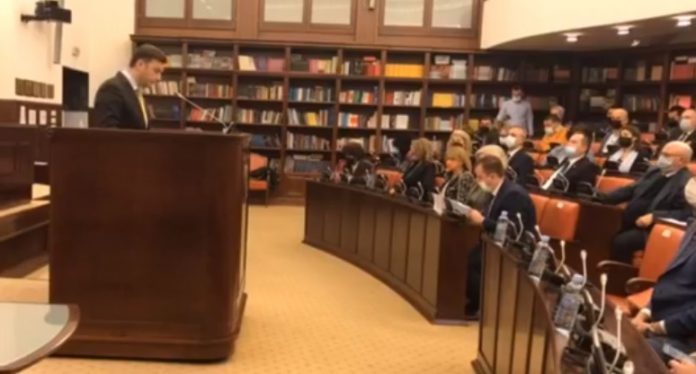 Foreign Minister Bujar Osmani spoke at Friday’s Foreign Affairs Committee about the dispute with Bulgaria. But, instead of as he was expected to give an answer to the so-called 5 + 1 issues, he spoke in general and without specific answers.

Osmani bragged that they have eliminated one issue, and that is the use of the short name. Osmani assured that language and identity are not negotiated because the right to self-determination is inviolable.

-“We do not negotiate about language and identity. That is the right to self-determination,” Osmani convinced.

Regarding the 5 + 1 package, Osmani says that the talks are in the phase of ideas and he cannot comment until there is something concrete to discuss.