Home Macedonia More than 150 illegal landfills in Skopje have been cleared, we continue... 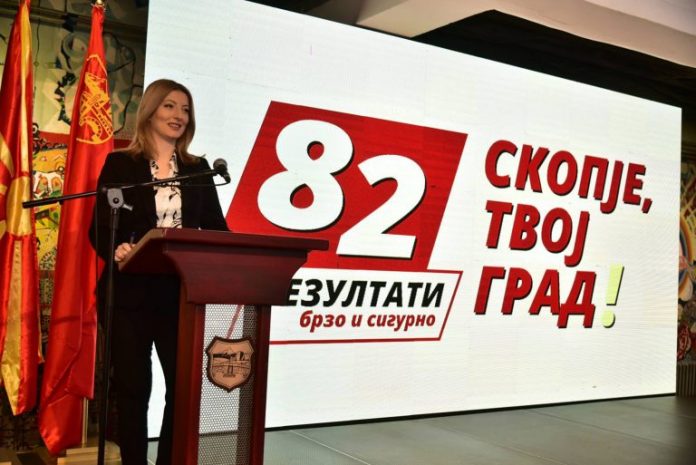 The past 82 days have been a sufficient period to show and prove that with honest approach and hard work, the administration in the service of the citizens will enable the return of trust, by implementing projects for a more beautiful city, a city where positive changes for the good of all citizens will be visible, Skopje Mayor Danela Arsovska pointed out on Monday, presenting the report on the work done since November when she became the head of the Macedonian capital.

The Mayor of the City of Skopje Danela Arsovska gave an account of the realized projects that are part of her program for the first 82 days of the mayoral term at the press conference on Monday.

For one of the priority projects, for which she pledged to focus in the first days of the mandate, the cleaning of illegal landfills on the territory of the city of Skopje, she emphasized that it is being worked on continuously, and during these 82 days over 150 illegal landfills have been cleared, of which 120 were landfills detected during the campaign, but also illegal landfills for which reports were received from citizens.