Home Macedonia Besimi – Lorer: The path is open for a new approach in... 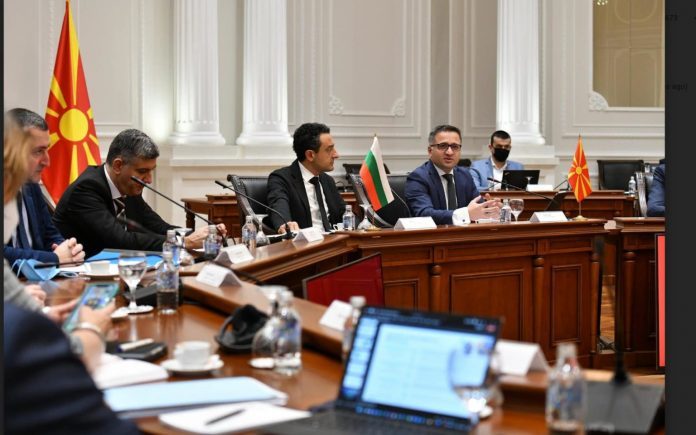 After the meeting of the Working Group on Economy, Trade and Innovation of representatives of Macedonia and Bulgaria, led by Macedonian Minister of Finance FatmirBesimi and Bulgarian Minister of Innovation and Growth Daniel Lorer, the practical application of the new approach in relations between the two countries began announced by Prime Ministers DimitarKovachevski and KirilPetkov.

Finance Minister Besimi said that at this first meeting four economic commissions were formed and the agenda of the working group was determined. The delegations from both countries discussed, among other things, topics in the areas of innovation, investment, technological development, harmonization of regulations, new instruments for financing and supporting innovation, research and development.

“What is important is for the cooperation of similar institutions from the two countries to start, such as the development banks of the two countries, the Macedonian Innovation Fund and the Bulgarian Fund, the Entrepreneurship Support Agencies and the like,” Besimi told the media on Tuesday.

As part of the mutual economic cooperation, Minister Lorer announced the establishment of a mechanism for non-discrimination in investment. He explained that the idea of ​​this mechanism is to have transparency of investments, ie if there are problems with discrimination of investors from other countries to find out quickly at the highest state level and to solve the problem faster.

“The priorities for Bulgaria and Macedonia are quite similar. We want agencies and businessmen to start cooperating with each other, not just at the level of government and ministries,” said Lorer.